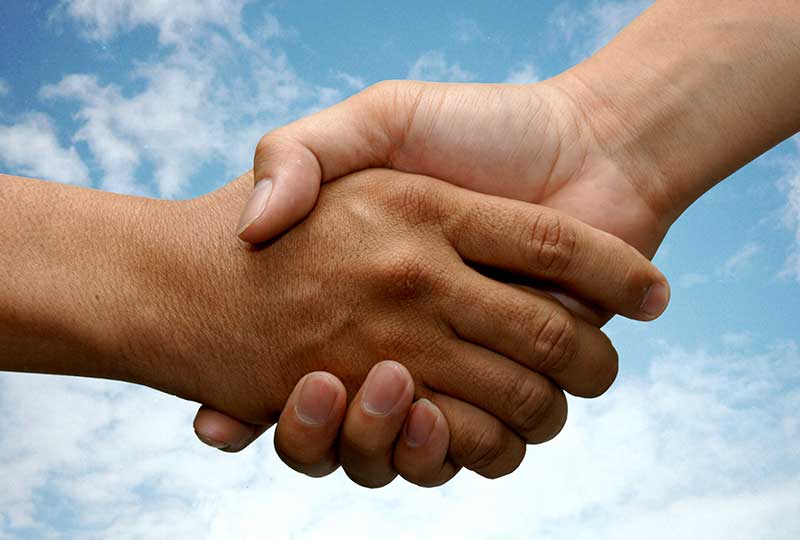 Family law legislation or law, and Court procedures, recognize that the Court system is not the best approach to resolve family law disputes. The Court system is, or should be, a place of last resort. It is an approach that should be used by couples for their family in circumstances where they cannot, and, perhaps, do not want to learn to, resolve their disputes themselves. It is not a place to start.

Now, don’t get me wrong. We have some fantastic Judges. They are very hardworking and committed to making the best decisions they are able to make to resolve the dispute before them. However, these Judges know, and will tell the couple in their Court room, that the Court room is not the best place to resolve their dispute. It is the couple themselves who know their situation best. It is the couple, therefore, who is best able to decide what is most appropriate for their family.

The challenge for most couples is how to achieve the goal of what is best for their family when their ability to work together as a viable positive and forward focused unit has been compromised by the fact of their separation and any events leading to their separation.

What can be equally, or perhaps more, difficult for a couple is when a choice is made to select the Court process and then try to resolve their dispute themselves. The Court process exits to decide a dispute when the couple cannot. When a couple proceed too far along the Court process, they delegate to the Court their decision making. In the process of doing so, they may loose their ability to make their own decisions. It is not that they can no longer make decisions, but that they now may be lost in a procedure that is larger than either of them and they may have trouble getting out of it. In addition, because they have been leaving their decision making to a third party (whether the Judge or their lawyer ), they may be unsure how to decide for themselves.

I have seen situations where one of the couple wants to implement a more settlement oriented process or procedure, but the other of the couple does not yet see that option. There may be a number of reasons for this. They may still be too upset by the separation or events leading to the separation or may be influenced by third parties. These third parties are sometimes called “shadow advisors” and can be very influential to an individual. It takes both to decide to move onto a different procedure. The Court procedure is the default and the couple will remain in the Court process until some other procedure is decided on by the couple either together or through the Court or their lawyers.

Now there is some good news here. In British Columbia, when a Court action is commenced in the Supreme Court, there is a mandatory Judicial Case Conference (“JCC”). The Master or Judge at the JCC will inform the parties of the availability of Other Settlement Processes. These processes exist both within the Court system and outside of the Court system. They include the Collaborative Process » and Mediation » which I have already mentioned, but they also include Interest Based Negotiations, outlined below. They are processes for settlement that are not the adversarial court process. Generally, it is adopting one of a number of settlement oriented approaches to the resolution of a dispute.

There are occasions when, for a variety of reasons, a couple may wish to resolve their dispute by agreement, but do not choose to use either the Collaborative*or the Mediation* model. (This is not to say, however, that there are not benefits of each of these models for the couple and for the family).

On these occasions, it may be that what is possible in terms of reaching an agreement is to meet with the client to understand what is important to the client in terms of needs, wants and wishes. In addition, the lawyer could try to discover from their client, what their client may consider to be important to their spouse in terms of the needs, wants and wishes (1).
As you can imagine, the process of discovering what is important to each spouse, and what may be common points between the spouses, would work much better if the lawyer and client could actually meet with the other spouse and their lawyer to have open dialogue of what is important to each spouse. Further, if the settlement model selected is one that really encourages communication with the direct objective of making the determination of what is really important. However, this may not always be possible, but it is a worthwhile goal and one the lawyer and client can strive to achieve.

It is important, however, to remember that there will always be some form of settlement, whether it is court ordered or by agreement. In my view, a more long term and lasting resolution is achieved when what is important to each spouse in terms of needs, wants and wishes is realistically and reasonably taken into consideration.

(1) This is not necessarily the common practice of all family law lawyers and there may be very different perspective on this approach.

When an individual commences a Court action in a family dispute in British Columbia, a Judicial Case Conference (“JCC”) must be held before a Court application can be filed with the Court and before the Court can decide on a dispute (unless an urgent or emergency situation exists, as determined by the Court). This is mandatory.

The JCC is normally held before a Master of the Supreme Court of British Columbia. A Master is a decision maker, but the role of the Master at this stage is not to make decisions. It is to listen to each party, through their lawyer. The lawyer outlines the legal issues and briefly describe the facts of the case. The Master provides information to the parties, including information about various processes that are available to try to resolve or settle their dispute. Sometimes, the parties are hearing about these settlement processes for the first time. Other times the parties have already heard about these settlement processes from their lawyers.

The Master or Judge will inform the parties that there are other processes available to them to resolve their family law dispute. There is the Collaborative Process, Mediation and Non Adversarial Court Processes and that the trial process is not the only process. This often carries a lot of weight for a client who may believe that the trial process is the process for the resolution of their dispute.

Unlike a JCC, a Judicial Settlement Conference or a Mini Trial (“JSC”) is not mandatory. However, in my experience, it is encouraged by many Judges. It is a process in which the parties can appear before a Judge of the Supreme Court of British Columbia to obtain assistance in the resolution of their dispute. It is not a trial and so witnesses are not called to the witness stand. The Court does not hear evidence and does not make a decision. However, the Judge conducting the JSC is a decision maker and has the experience to provide assistance to the parties and their lawyers to help in the resolution of the dispute. With careful preparation by the lawyers, the Court can provide valuable information and guidance to the parties to assist in the resolution of their dispute.

A big part of that careful preparation is a Settlement Conference Brief. The Brief is a written outline of the Issues, Facts and, if possible, the Nature of the Outcome Sought or the outcome of the dispute the party hopes to achieve. In my experience, this is a very important document. It provides the Court, and the other side of the dispute, with enough detail that the dispute, with some hard work by the parties, their lawyers and the Judge should be able to resolve the dispute. It often provides the basis for the parties being able to reach the terms of a Consent Order ( a Court Ordered ‘Agreement’), either immediately at the end of the JSC or within a reasonable period of time after the conclusion of the JSC.

The JSC is a very useful process. It is a process that I use a lot in appropriate cases to try to maintain a better atmosphere for the parties than would be the case if the trial process were used. It will work for parties who want to resolve their case. It will not work in a case where one or both of the parties do not truly want to resolve their case.

If someone you know or love is going through a separation or divorce, I look forward to assisting in making this difficult time be as smooth and seamless as possible. It is possible!